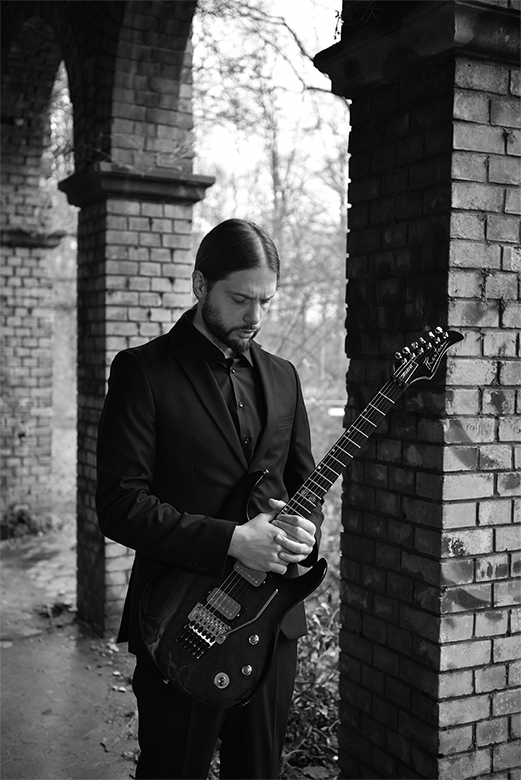 “„If you are looking for an original musician and guitarist - here he is!“”

Christian Verspay is an extremely versatile musician on both the electric and the acoustic guitar and loves to walk stylistically his very own paths: Exciting Soundscapes meet new and experimental elements.

Christian Verspay started with the classical guitar but soon founded his first band. This duality and his interest in the most varied styles of music have been the central theme running through his career to this day.
It is also reflected in his compositions. Integrating diverse elements, in his pieces he tests and pushes boundaries.
He graduated from the class of Tadashi Sasaki at the Cologne University of Music (HfMT Köln) and took extra lessons from the world-famous guitarists Roland Dyens, Pavel Steidl, Roberto Aussel and others.
Concert tours took him, for example, to Japan, South America and various European countries. In various projects he cooperated with a wide range of musicians covering diverse styles.
He is a welcome guest at festivals and concerts series and his innovative projects have been enthusiastically received by an international audience.

His current solo album “twentyeightDAYS” was released on October 19, 2021. Stylistically, the art project is most likely to be in the field of experimental – electronic.
The pieces of the “twentyeightDAYS” project are all very different and each one creates its very own atmosphere.
The concept is as innovative as it is varied and with its 28 pieces it clearly stands out from the mainstream.

„twentyeightDAYS” was created at the beginning 2021, more precisely on January 1st, and contains 28 compositions that were created over a period of 28 consecutive days. Each piece processes the first intuitive, spontaneous musical motif that emerged on the respective day into a composition. In order to develop the project audiovisually, Christian Verspay teamed up with the artist Christian “Zano” Zanotelli, who also processed and illustrated his first intuitive idea for each composition.

„Minimalistic, meditative, and also very concentrated harmonically, these one to two minute pieces cast a spell over you… And when he heavily alienates his guitar tone, subtly distorts it, fades in with the volume control or also incorporates slide and tapping effects, Verspay shows his wide musical spectrum, which will hardly fit into a known musical classification. …border crosser between the sound worlds of abstract avantgarde and new instrumental mainstream…“

Here are the exelent reactions of the trade press to his album “Blood Moon”:

“When you hear and see this musician, you realize very quickly that a trained expert is at work here... Verspay is a versatile musician on both instruments. …and the title track alone is an experience in itself.”

"...he creates spheric sound worlds...enriched with cleverly used effects to bring relaxed as well as tense emotions. Definitely an album to listen to and not for background play. You will be rewarded with a pretty unique musical concept!"

Also the response of expert critics to his CD "Entre Dos Luces" was outstanding:

“…excellent album… (he) knows how to win over his audience with subtle articulation and richly nuanced intonation … An album that resonates pleasantly for a long time. Convincing.”

"The player´s own composition "Entre Dos Luces", a beautiful, emotive and moody work is well worth the honour of the disc title…"